Master Bob Kistner began his martial arts journey at just 12 years old and became serious about his training at the age of 16. At first, he just saw Taekwondo as a way to learn self-defense and fight off bullies. But the benefits didn’t stop there. As he continued to train in the martial arts, Master Bob quickly realized that he was growing in strength and confidence as well. “I learned that just by the act of knowing how to defend myself and being confident about it, I stopped getting into fights,” Master Bob explains.

At the age of 18, Master Bob found his true calling within the Taekwondo industry – becoming a martial arts instructor. Master Bob has been teaching ever since and has been able to share his love for Taekwondo with an entire community of students. Master Bob is currently a national competitor and holds a fifth-degree black belt. But it’s not the titles or rankings that matter to him, it’s the one-of-a-kind community that martial arts provide. 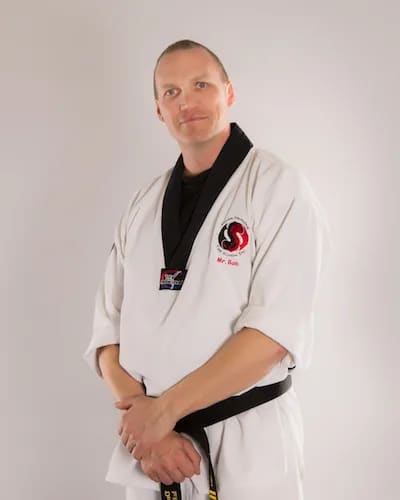