After watching the Kung Fu Panda movies, Mr. James Rothrock knew he had to train in martial arts. Mr. James made his dreams a reality at the age of 5 when he began taking his first martial arts class. Mr. James joined the Dover Dragons community when he was 9 years old and has since watched Taekwondo change his life. From discipline to confidence to manners, Mr. James feels that his Taekwondo training has improved his life in countless ways. “I really enjoy helping kids on their own journeys because I was once where they were and understand their struggles with training,” he explains. “It’s the best feeling to see the students pass their belt tests, and eventually their black belt because it shows that you’ve done a lot right for them.” 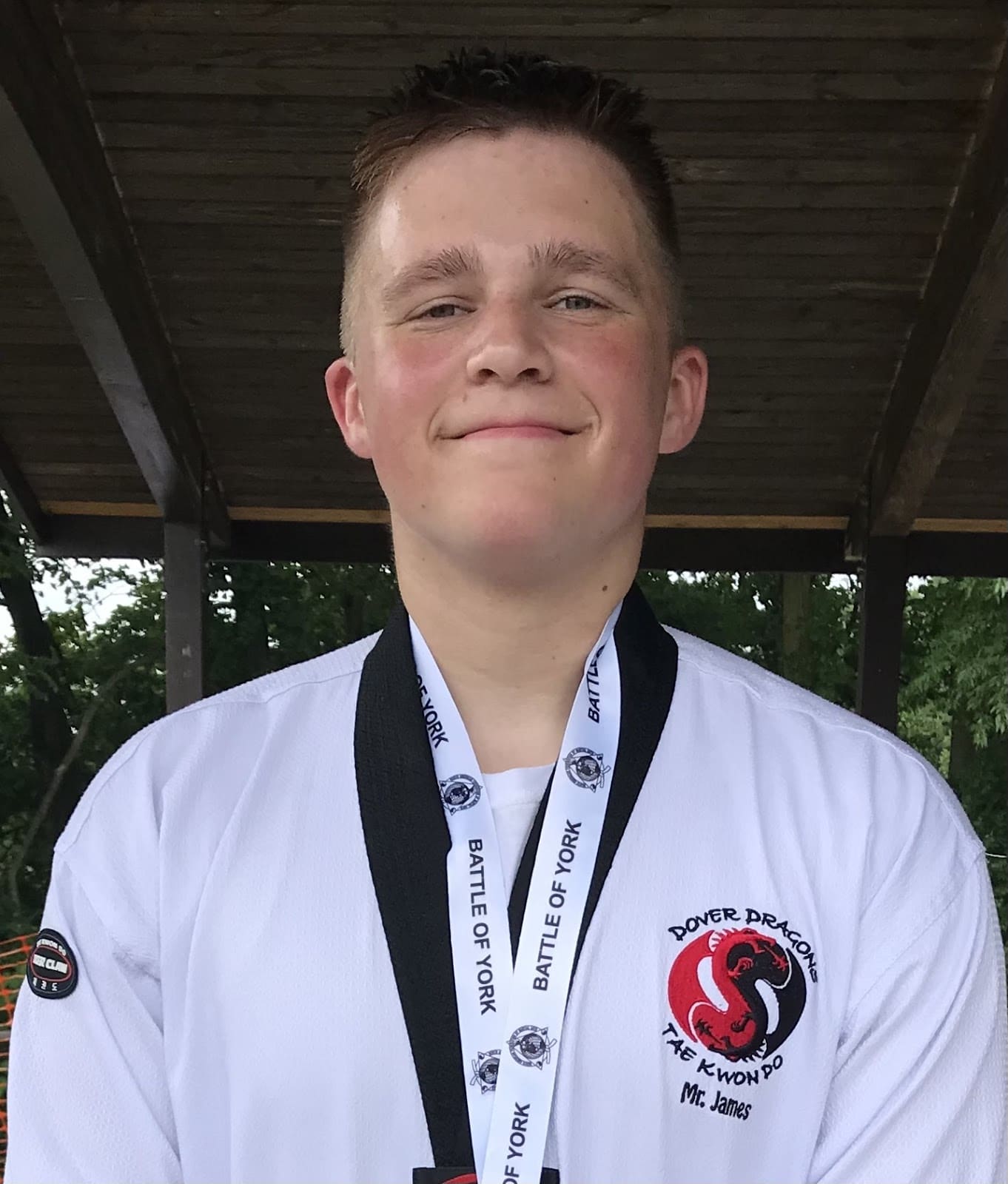